According to the earliest inventories of the castle dating from 1542 and 1563, the ducal apartments comprised the Flez (entrance hall) in front of the Große Stube (large living room) and the duke’s Große Stube, bedroom and Kleine Stube (small living room). Even though the inventories date from the period when the castle was no longer in continuous use as a family seat, they can still be considered to reflect the arrangement of the rooms at the time of Georg der Reiche (Georg the Rich). Late Gothic beamed ceilings in the individual rooms indicate that the duke had the Palas comprehensively redesigned. 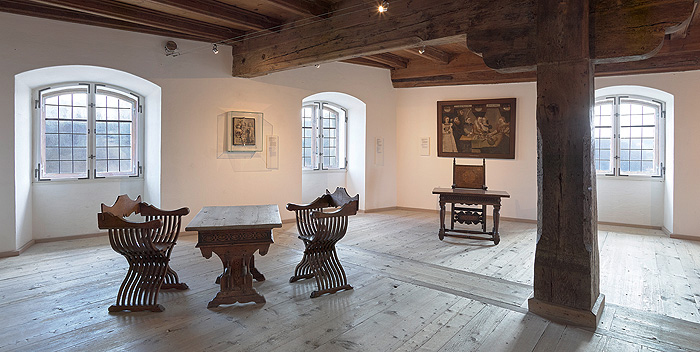 As a result of alterations to the Palas in the 18th and 19th centuries, when the main castle was used as a barracks, and during restoration in around 1900, the medieval room arrangement was changed. The Hofmeisterzimmer (Steward’s Room) and the Raum zur Wöhrseite (room on the lake side) were also created during the 18th-century alterations (numbers 5 and 6 on the ground plan).

Raum zur Wöhrseite (room on the lake side)

In the absence of ground plans from the time before these changes were made, the original arrangement and use of the rooms can only be deduced from historical source material such as inventories, descriptions, house and court regulations and invoices. 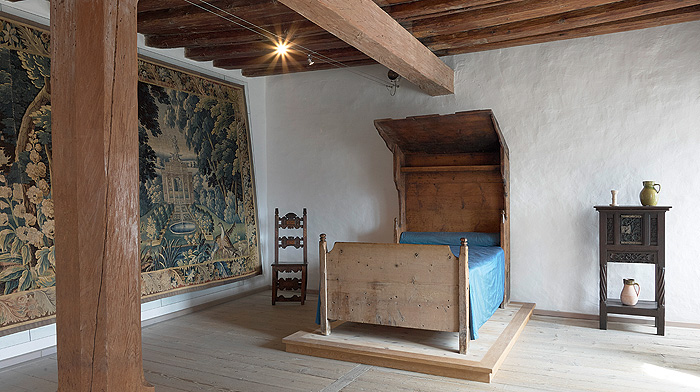 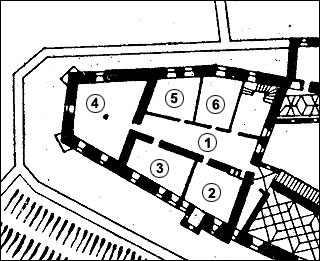 6 Room on the lake side

back to the overview "Palas"